21st & Colonial is a project that reminded me of how every little decision can have huge consequences if fate deems it so. Not that the decisions and actions of the main characters in this story were little life events, but one person taking a beat to process a decision differently could have changed the outcome of everything that happened to those that were effected. 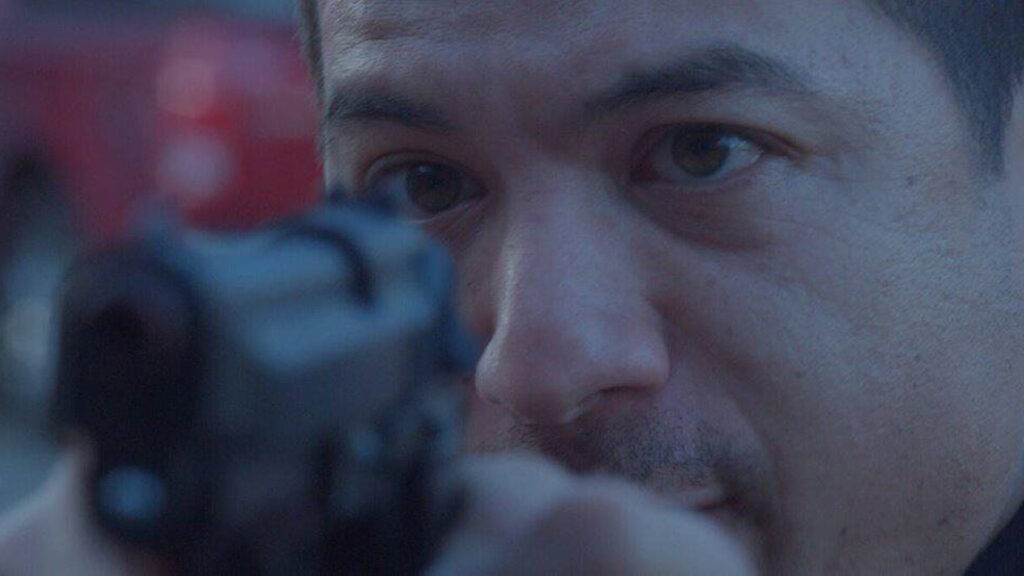 Inspired by true life events, 21st & Colonial tells the story of Omar, played by Ogden Buck, who wakes to find out that his girlfriend is pregnant, and Carlos, played by Angelos Reyes, a police officer dealing with his own dark past. Omar takes on the responsibility of figuring out a solution to try and support his girlfriend, child and self, while Carlos, denies he needs help and manages his pain in the ways that he knows how.

Director Angelos Reyes does a fine job of telling all of the characters separate stories and then in a flash bringing everybody together to create the tragic ending. The performances by Buck, Reyes, the girlfriend Stephanie, played by Dominique Madison, are spot on with some emotional material. There’s a strong supporting cast as well with performances by Sue Prado, Sean Hankinson, Omar’s mother, James, played by Malcom Powell, and others.

There’s a nice production value to the project as well, so overall I think the project was really well done and should continue to win some awards if they keep submitting it to festivals. I would highly recommend, if you have the chance to go check out 21st & Colonial.

So long story short, it doesn’t get much better than this for an indie production. The Director of Photography, Leah Anova, did a really solid and consistent job with this project. The sound design, by Jimmy Smithson, was super clean and consistent as well all the way through. The score, by Will Musser, and edit, Wynton Payne, were on point too. Great job all around everybody. A job well done to be sure.