City of Steel is a documentary that chronicles the history of the American steel industry in the very historically relevant Mon-Valley of Western Pennsylvania.

Despite growing up a couple blocks away from the Homestead Mills and from his bedroom window being able to “see the purple flames deep into the the night” documentarist Bruce Spiegel never really knew much about the industry until later in life when he decided to make City of Steel.

I thought the documentary was very informative and did a great job of telling the rise and fall story of the industry that effected so many lives over it’s century plus year long run of cultural relevance.

Going all the way back to the beginnings of Andrew Carnegie and his Keystone Bridge Company and Henry Clay Frick and Frick Coke, City of Steel was able to tell its story through archival footage and photos in an easy informative manner. Because of this, I was able to get a complete whole picture understanding of the rise and fall of the American steel industry that I kind of always knew the beginning and the end to, but not what happened in between.

However what really made the project special was the first hand workers and townspeople narrations of their experiences growing up in the communities that centered around the industry and even more so working in the mills themselves.

To hear the fondness in their recollections still for the work that the workers took so much pride in performing and the small town communities that where tied together through the factories really made this project unique.

But despite all the steel, communities and American pride that was produced, because the project was kind of a history lesson, you still were brought back to the realities of the times and the industry along the way that also produced all the blood that was spilled, lives that were destroyed and the communities and industry that were changed forever till it’s downfall.

So overall, I enjoyed City of Steel because of all the great stories and incredible imagery of an industrial age that seems unimaginable to have happened. And again, from watching City of Steel I feel like the missing pieces in my understanding of this story were put together and I was able to get something from that experience.

On the technical side of town, there was some good and then there was some bad to City of Steel. Only knowing from what was told in the project, Bruce Spiegel developed health issues which led him home and eventually to creating City of Steel. But I feel like this part of the story was only barely touched upon and overall felt incomplete. So much so I’m not sure if what was included even needed to be included. But knowing what was told did not detract from the project, so leaving it in the project is what it is. Perhaps removing that content could have shortened up the project and made the run time a little quicker, but really again, not the biggest of deal because overall City of Steel was pretty good technically as well.

Overall, I think another pass on the edit to take some little hiccups out here and there and maybe clean up the credits is something I would have liked to see. But yeah, the audio and visuals were more than fine, and what is quickly becoming a threshold to achieve a positive endorsement, I could just sit back and watch City of Steel without having any technical issues get in the way, so good job Bruce and everybody else involved. 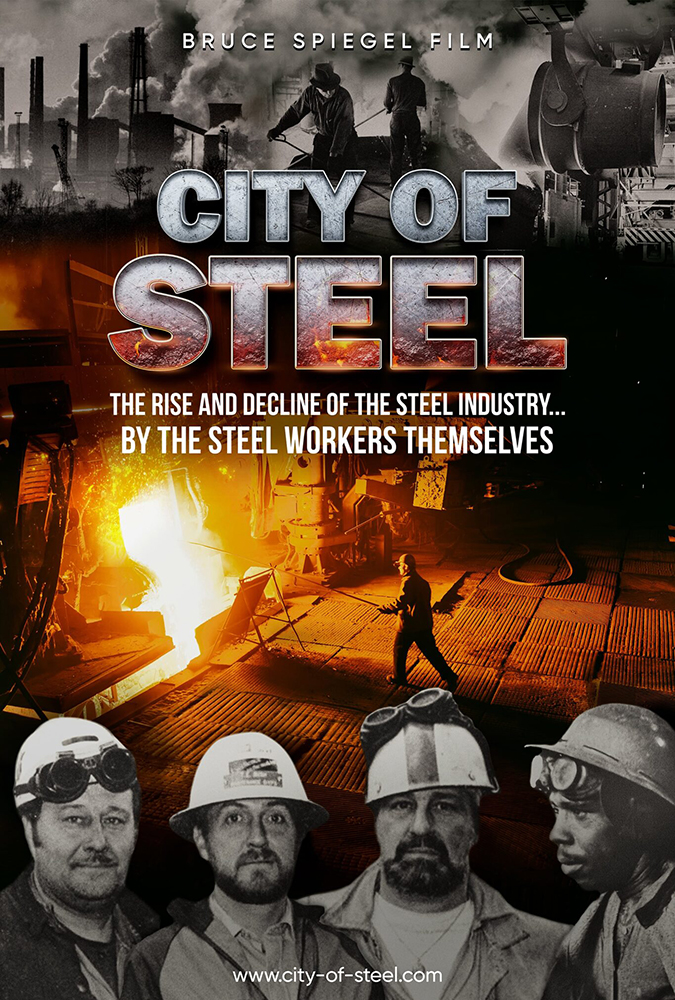 For over 100 years, communities in and around Pittsburgh were directly linked to steel mills. Starting in the 1980’s, this entire industry went away and with it, over 150,000 people lost their jobs. Pittsburgh native Bruce Spiegel returns to his home town to document what happened as told by former steelworkers.

IndieMR Reviews for "City of Steel"