Even though the footage is a single camera covered event, director/camera operator Kevin Lapsley, continuously follows the action of each performer the entire time on some kind of dolly rig that really allows you to get sucked into the very entertaining and gritty performance by the band. 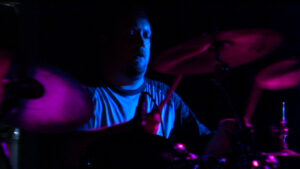 Overall the whole almost hour and a half concert quickly moves along from song to song through the dancing colorful lights that pepper the band members and change them from red to blue to green to orange to yellow and purple to back-lit silhouettes that burn distinct outlines of high energy guitar solos by Evan Walton, the late Tim Stevens masterfully wailing away on drums and rhythm guitar by Jared Schulberger whom is front and center to the camera set up.

When the band isn’t flat out tearing it up on their high energy songs they change the pace with jams that drift by through the colorful changing haze pouring out of the hazer and the cigarettes continually hanging out of their mouths.

In this time of rona, if you love rock and roll, high energy jams, awesome guitar solos, the smell of sweat, beer and cigarettes in the air on a hot summer night even if you are a fan of the band or not, Wineskin: Psychedelic Circus IX is worth cracking a beer, cranking the volume up and taking a watch.

Again, it’s a single camera set up but the action moves in and out, back and fourth and all over the place so things don’t drag. The lighting is just enough to clearly see everything that is going on. It was shot in standard definition widescreen that was upconverted to HD.

The volume seems to be mixed off the board, so it sounds great. The edit is tight. The songs move in and out with just a touch of crowd cheering in between and titles to mark the beginning and end of each song. 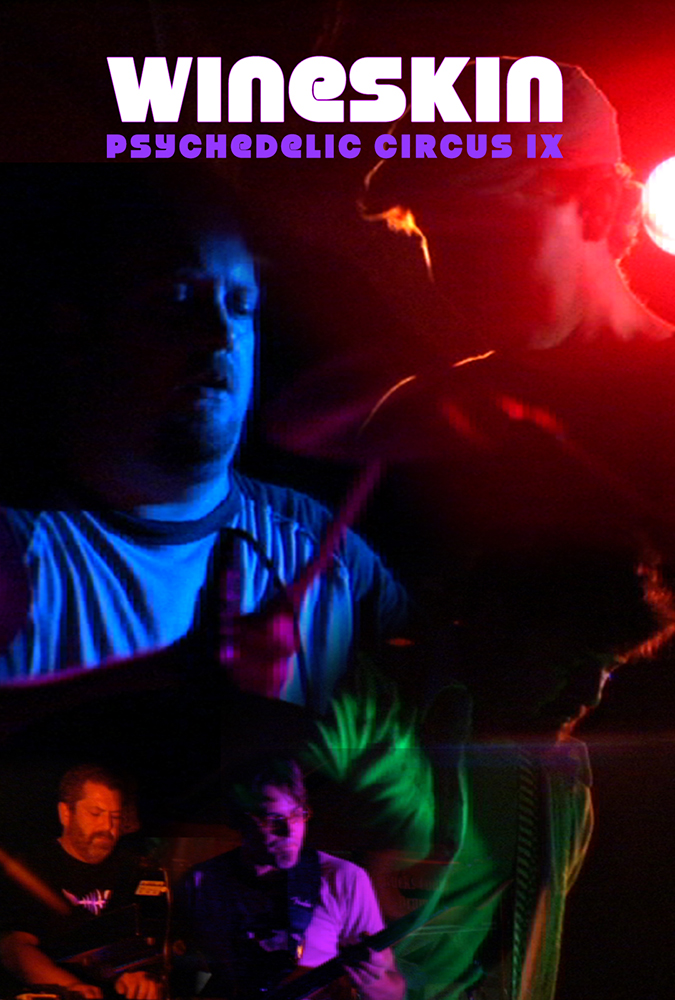