Madison Baker Was Here is a movie, by Matt Gray, about one last adventure of four high school students before “always do the correct thing” Madison has to move to Kansas with her family. 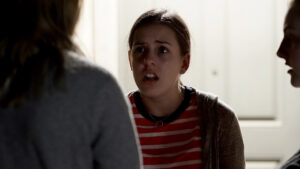 Madison (Madeline L’Engle) is resigned to moving, but her friends convince her to take a chance and do something spontaneous that turns into a night of escapades in quiet suburbia in an attempt for Madison to confess her feelings for the boy she likes from school.

There was a lot of really good things about this movie that would lead me to recommend checking out the movie if you get a chance.

One of the things that I came away with was that all of the four main actors (L’Engle, Jacey Schaper, Sophie Jenkins, Izzy Weaver) and their characters all had moments of either very good acting and or were very likable, humorous or showed growth, wisdom and compassion as their simple cross town adventure unraveled into a night of not going according to the plan. 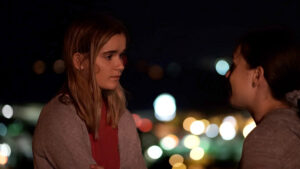 Something else that I liked which I would normally wait to address in the technical critique, but the movie was really well done for an independent. It had its moments of indieverse hiccups, but overall you weren’t fighting technical issues which allowed you to pay attention to the story and discover all the thought that went into this project.

So yeah, Madison Baker Was Here is a really nice, family friendly, worthy project of taking some time to check out if you get the chance. Looking forward to seeing more from the cast and crew on other projects in the future.

As I mentioned earlier, there was a lot of really well done things with this movie. One thing that jumped out right away was the cinematography (Linus Locke). Some of the camera angles were really well composed. There was a lot of driving around in the story and even those shots had some thought that went into them and really added to the project in whole. Sound and lighting was fairly good throughout. A lot of the movie was shot at night which is always tough and for the most part the crew figured it out. There was even a nice score and some good music as well. Well done everybody. I hope the project wins some awards in some festivals and finds some distribution. 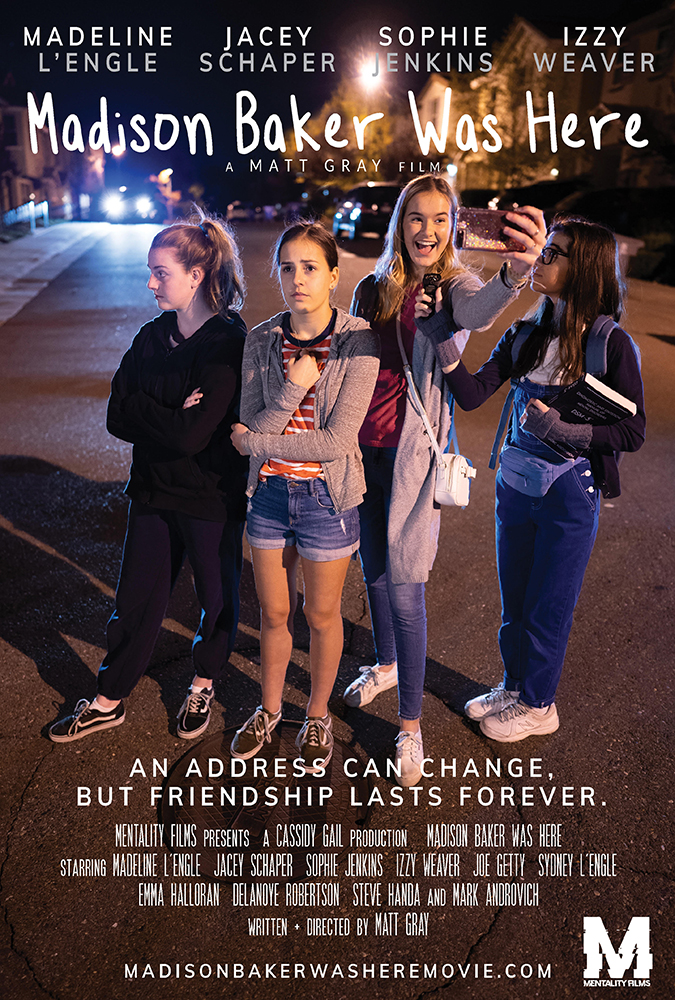 On her last night in town, a shy teenager sneaks out with her best friends to throw caution to the wind and confess her feelings to her longtime crush.