The Importance of Strange Perceptions, by Moe Taylor (Director, Editor, Writer, Producer), explores the world of psychedelics, while more specifically focusing on the psychoactive substance ayahuasca, and the journeys a few people experienced in their pursuit of trying to find answers to issues about themselves that they were attempting to understand.

Wanting to “explode your head” the project jumps right into the deep end with exploring the concept of “what is reality” and mankind’s explorative nature, and it’s pursuit of pushing ever outward into the oceans and onward into outer space, but then ponders what if some of our most important discoveries aren’t the complex inner workings of our own minds that we have only begun to try and understand. 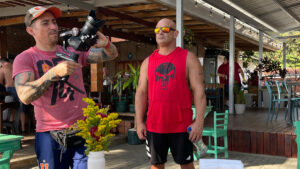 Connecting the threads of humans needing to understand one’s own self in order to heal oneself, the project discusses the explored concept of “releasing the valves” of your mind in order to expand your perception. If “every organism on Earth understands reality differently” then perhaps psychedelics could be a different alternative to the accepted traditional substances that might “only treat symptoms without getting to the core issues”.

One of the things I enjoyed, was that all the people in the project were really able to articulate their experiences in a very thoughtful and concise way. Their experiences left me thinking that they were able to get something from their journeys that they were needing and just were not able to find before. But at the same time, the project wasn’t about advocating for people to just go try ayahuasca or take other psychedelics. The project really just shared some stories and encouraged people to think about things a little differently, if you’re in need of finding some inner peace or structure, and that “knowledge is good”.

So yeah, I thought the project was really well done on many levels. Moe projects that this project was “edited in a rapid chaotic form in the hopes that the viewer can get a dose of what it was like being [himself]”, but to me The Importance of Strange Perceptions was visually stimulating and complex, but in those complexities all the pieces fit together nearly perfect and therefore simplified a lot of information and philosophical ideas, so you were able to see the forest through the communicative trees.

Again, Moe Taylor (Editor), prefaces the project with explaining that the hectic style of the edit was deliberate to emphasize the inner workings of his head. But that style is almost creating a genre on its own and I think he has mastered the craft of stock video narration. How the BrainDagger Films team is able to blend the interviews with the stock video, and then blend more stock video into other stock video is quite amazing. Some of the connections are just like, “how did they even think to look for that type of stock footage”. I don’t know. It’s an art onto itself.

Besides that I thought the narration, by Brain Stivale, was perfect for the project. Sound was great and had no issues. The original music was great. Only thing that I thought could have been better was the green screen interview effects. There was a contrast at times between the high resolution stock footage and some of the green screen edges, but green screen is an art to itself and being on location and dealing with budgets, it’s tough, so I get that it wasn’t perfect, but by no means distracted from the project overall. I love the projects, like this one, were you can just sit back and watch and not get distracted by the technical issues. Great job everybody on The Importance of Strange Perceptions. 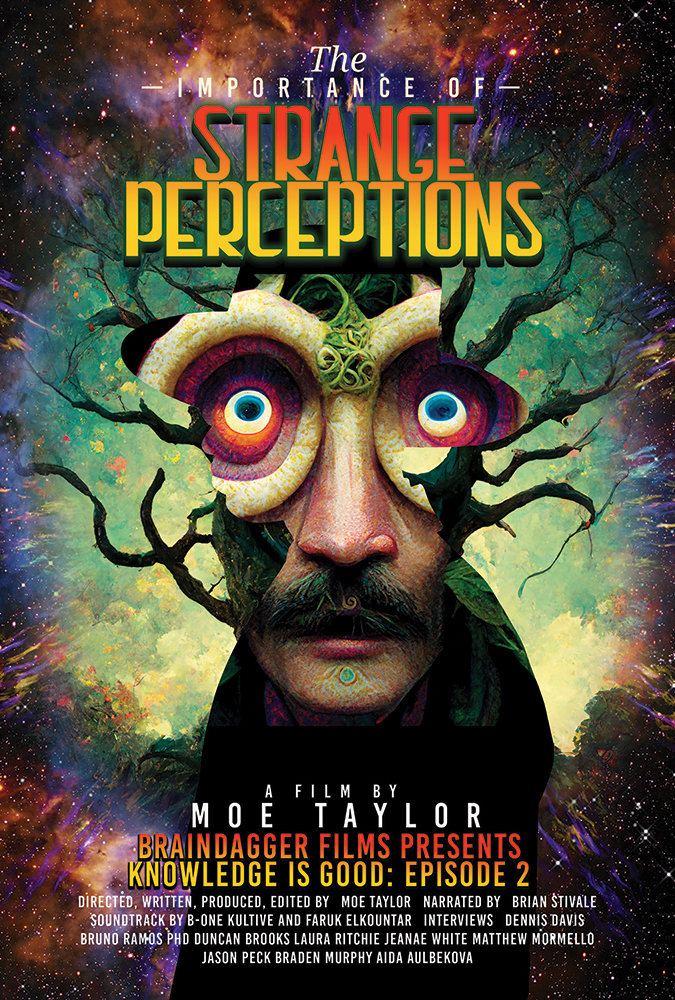 Take a journey through the world of psychedelics and learn about the medical and psychiatric benefits of substances such as Ayahuasca, Mushrooms, Ketamine, MDMA and more. Attend an Ayahuasca ceremony in Costa Rica and learn what it is truly like to experience a life-changing transformation for people who have been through it firsthand.

IndieMR Reviews for "The Importance of Strange Perceptions"